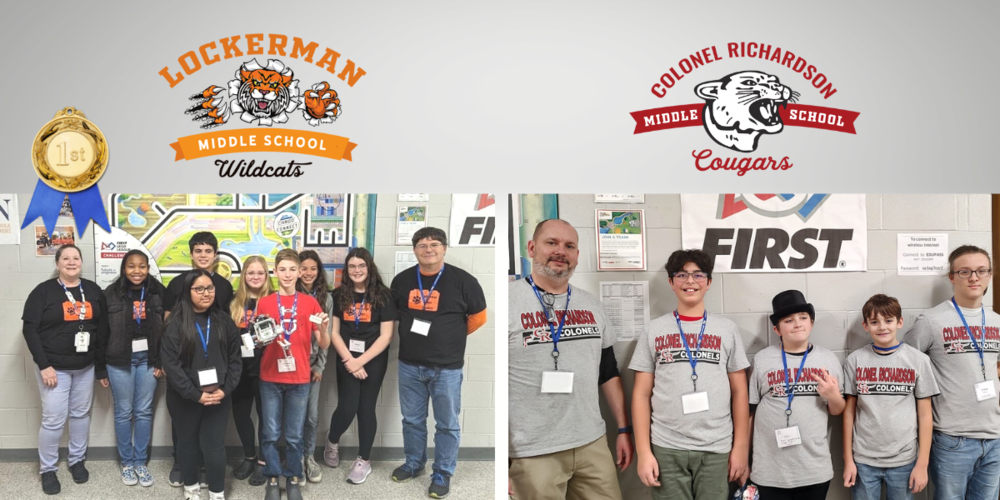 The Lockerman Middle team, coached by LMS staff Trina Honer and Dave Gibbons, brought home a first place trophy for their robot performance. Colonel Richardson Middle coaches Rob Honer and Rob Gorog reported that this is the first competition their team members have attended, and they represented themselves very well.

Each year, FIRST LEGO League Challenge teams are introduced to a scientific and real-world challenge for teams to focus and research. The robotics part of the competition involves designing and programming Lego Education robots to complete tasks. The students work out a solution to a problem related to the theme and then meet for regional, national and international tournaments to compete, share their knowledge, compare ideas, and display their robots. Teams are judged in four areas: robot building and programming, research and presentation, and demonstration of the core values of teamwork and sportsmanship.